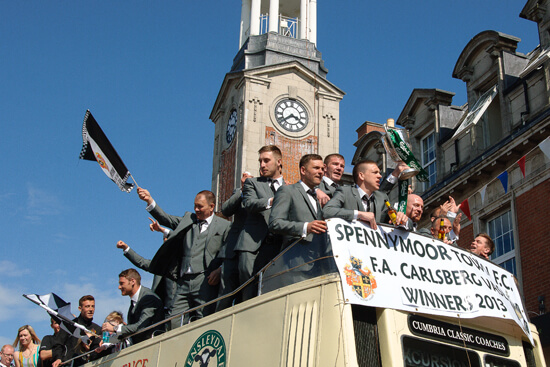 Top non-league football action can be seen at the Brewery Field, off Durham Road, the home of Spennymoor Town FC. Today’s club was born in the summer of 2005 following the demise of both UniBond Premier Division club Spennymoor United AFC and Northern League Second Division club Evenwood Town FC. However, the club dates back to 1904, mainly as the result of the efforts of local councillor and businessman Thomas Grant, who negotiated use of the Brewery Field, used previously by Tudhoe Rugby Club.

The Club has seen great success over the years, and a number of former players moved on to the Footnball League.